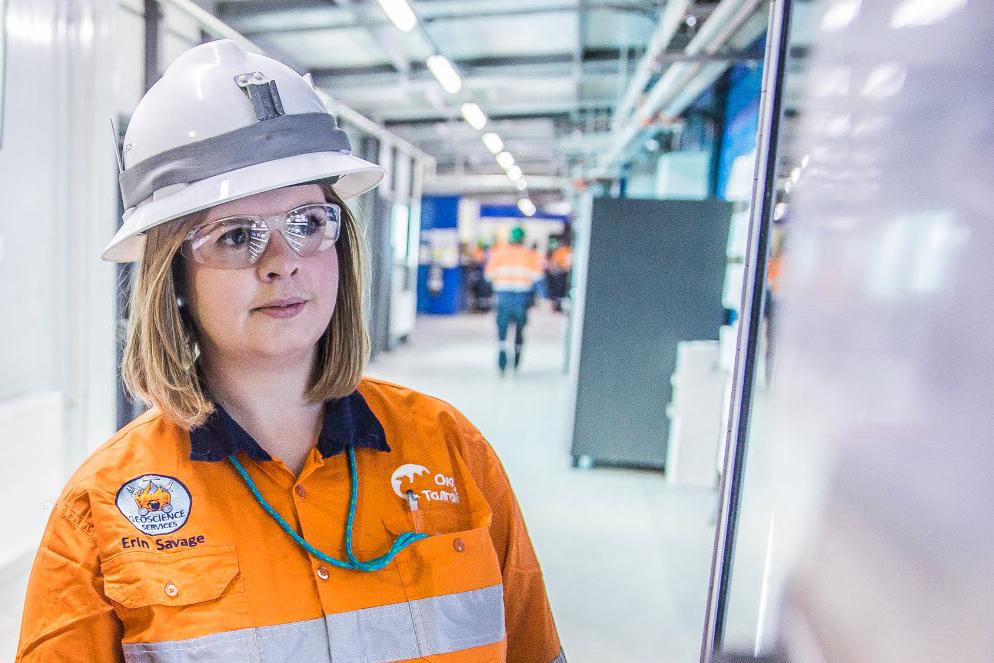 What inspired or motivated you to study geology at UC?

I went to UC to study Geography, as I wanted to become a Cartographer (map drawer) and UC was the only uni in 2007 that offered Geographical Information Systems (GIS). After a semester of a very mixed Science degree comprising of geography, the things I’d enjoyed most in high school (a Greek history subject and a German language course) and some other science subjects, I decided I was enjoying my geology classes the most and chose to take more of them in the second semester. This progressed into second year where I found I was enjoying and doing well at the geology subjects, and the geography ones weren’t holding my interest. By third year I was doing a major in geology and just filler geography courses.

Through a happy accident of chasing GIS courses, I found I had really made the best decision to leave Hamilton and go to UC. I would recommend anyone to move away from home to go to University. The friends I made in the halls of residence are lifelong friends, the surrounding environment of Canterbury was perfect for studying a geology degree, and the independence and other life skills I learnt by getting away from home have proved invaluable in the years since. I would also definitely recommend following a path of study comprising subjects that you find interesting or motivating, as it’s the best way to enjoy learning and do well at the course, as well as ensuring you’re going to want to work in that field after University.

Could you tell us about your decision to stay on to complete your Masters in Engineering Geology?

In 2010 when I was finishing my Bachelor's degree, Christchurch had a large earthquake. We were just recovering from that when the time came to decide whether to continue with postgraduate study or move into the industry. I had been very interested in several subjects that we had been briefly exposed to, for example, palaeontology and engineering geology. I wanted to at least do Honour’s level in order to continue learning about these areas, and one of my lecturers convinced me that it was the perfect time to continue studying geology in a region that had had its very own real example of tectonics and plate movement. I also liked the idea of writing a thesis so decided to go for a Masters course rather than a 4 year Honours degree. The first year of my postgraduate, the large February 2011 earthquake again threatened to derail my plans, however by this time I had chosen to study engineering geology, and it was the perfect backdrop for learning about building and working with the ground and the various forces it can encounter, with earthquake recovery going on in the university’s own backyard. I really enjoyed the technical aspect of engineering geology, so pursued that route and found a thesis project based in an underground hydro-electric tunnel, which was perfect for my interests in the underground environment.

What are you up to at the moment? What does a day at work look like for you?

I am currently a senior Geotechnical Engineer in the mining industry working for Rio Tinto. This is an office-based role at the moment, working Monday to Friday in the technical design team for a large underground copper project in Mongolia. My job is to calculate and design the support required for tunnels and large chambers under the Gobi Desert. I also spend a lot of time writing formal memorandums to communicate the design basis, and training national Mongolian Geotechnical engineers to develop their skills.

A large part of our job is also planning our designs and future work around the constraints of other departments, so it is a varied and flexible role with plenty of opportunities to move around both physical locations and disciplines within mining. Previously I have worked in Western Australia both office-based and fly in fly out (FIFO), Brisbane office based Monday to Friday, fly in fly out Mongolia on a longer roster which allowed me to pack my belongings into storage and travel the world on my time off, and now back in Brisbane office-based. My job has a lot of scope for varying work environments, from being 1300m underground in -30 degrees, to being in the Western Australian sunshine in a +40 degree open pit.

Soon I will be moving to a mine in northern Queensland to be based in an underground environment again, at which point I will lead a team of 8 engineers and our work will include a lot of quality control to ensure the designed support is installed as required and is up to standard. I also enjoy mentoring, having had 2 engineering undergraduate mentees from the University of Queensland over the last 2 years.

The mining industry is often centred in the climate change discussion, how do you see careers like yours and your peers in the industry develop or change the next couple of decades?

As the world moves more towards renewable energy, I believe there will be an increased need for technical professionals to innovate in the industry and bring on new ways of doing things. The need for metals such as copper, aluminium and gold will increase in the push for electrification of vehicles, solar power etc. However, I do think there will be a push for doing the same thing we do now but better and cleaner, for example, removing fossil fuels used to power equipment and replacing this with carbon-zero alternatives like solar and green hydrogen. Additionally, as natural resources get depleted in easier to reach areas, there will be a focus on more difficult environments such as deeper mines, beneath the water table, needing to transport the ore further etc, all while still trying to maintain a minimal carbon footprint. I believe this will require high performing engineers and intelligent development to help facilitate positive changes within the industry. I also believe that a negative stigma surrounding the mining industry currently means there will be a labour shortage of skilled engineers and technical professionals over the next couple of decades, leading to a potential career vacuum to be filled.