Marion Steven, wife of James Logie who was Registrar of Canterbury College from 1950-1956, was the driving force behind the James Logie Memorial Collection of antiquities. 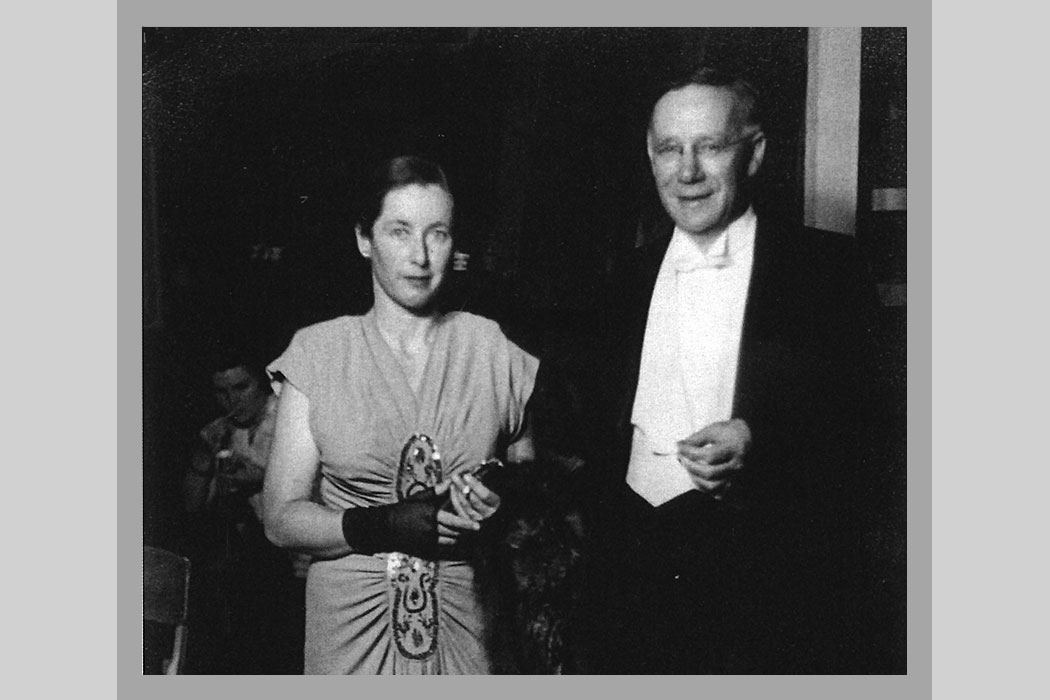 After ten years at Otago Medical School, Marion Steven won a research scholarship in pathology to Middlesex Hospital in London. She was forced to abandon her medical studies however, when upon arrival, she found the school had no facilities for training women.

She returned to New Zealand and enrolled at Canterbury College in 1938. While studying for a BA in Latin and German, a life-long passion for Greek History, Art and Literature was ignited and she continued to teach and study the Classics, both at UC and later at the University of Sydney.

It was here that she learned how important it was for Classics departments to have physical examples of Greek pottery as well as photographs. The first three pieces she bought were the beginnings of what became the Logie Collection.

When she married James Logie, Canterbury College Registrar in 1950, he helped establish an annual grant for the purchase of Greek pottery, which Marion was given charge of. Her acquisitions were both wise and shrewd.

When she supported a University of Melbourne expedition to Cyprus in 1955,  her donation was rewarded with an allocation of Mycenaean finds from the site that greatly enhanced the growing collection. When her husband died in 1956, Marion gifted the collection to the University of Canterbury, stipulating that it be called the James Logie Memorial Collection and that it be used primarily for teaching.

The collection has now been rehoused in the Teece Museum of Classical Antiquities which forms part of UC Arts, the University’s city location in the old Chemistry building of the historic Christchurch Arts Centre.