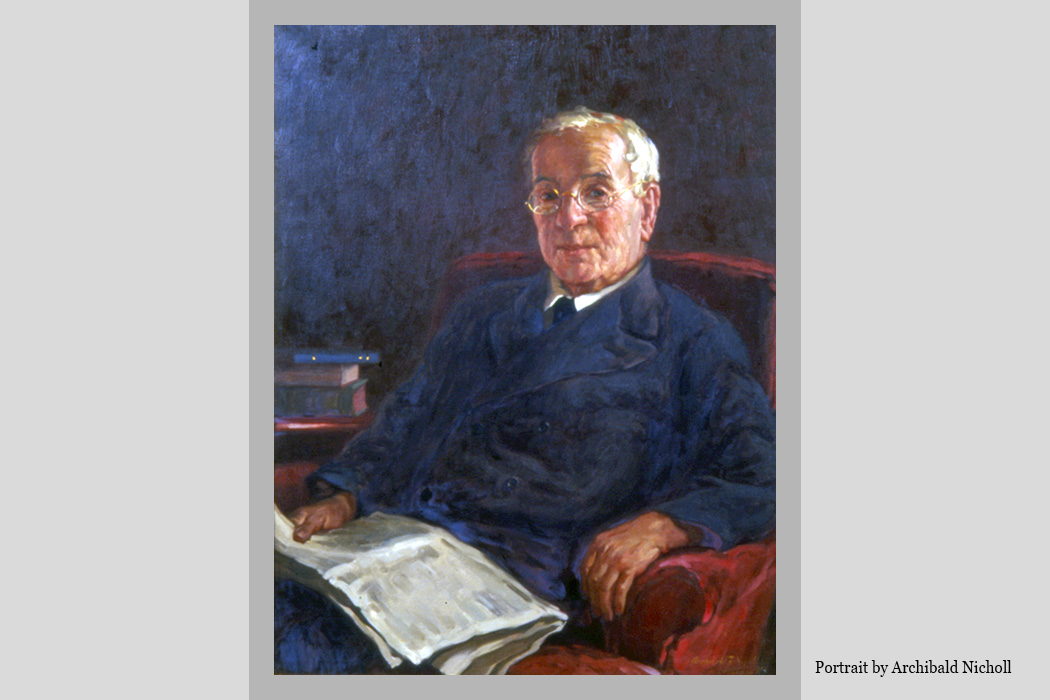 Following a university education at Edinburgh and Glasgow in Scotland, Macmillan Brown finally found his life’s work as a professor of Classics and English at the newly established Canterbury College in Christchurch, New Zealand, in 1874.

A teacher, mentor and excellent administrator, he believed strongly in the right of all deserving young people to a higher education, regardless of class or circumstance. He was as committed to his students pastorally as he was academically, acting as an unofficial rector for the College in its early years.

His special Sunday breakfasts with his students were designed to influence both character and manners, develop conversational skills and encourage friendship. His passion and immense energy for developing future educators brought Canterbury College a reputation for producing outstanding headmasters and headmistresses.

Macmillan Brown was amongst the first to promote higher education for women in Australasia, and when he enrolled Helen Connon as a matriculated student in 1875, Canterbury College became the first Australasian university to admit women to degree classes on an equal basis with men.

He retired from Canterbury College in 1895, but continued to work in higher education - first becoming Vice-Chancellor, and then Chancellor,of the University of New Zealand, as he kept researching and writing.

His main interests were English literature and the cultures of the Pacific region. It was this latter interest that saw the University of Canterbury name the Macmillan Brown Centre for Pacific Studies for him in 1988. This building now houses the Macmillan Brown Library which contains UC’s heritage collections.