Ruth Richardson has made significant contributions to the political and business communities of New Zealand, both nationally and internationally. 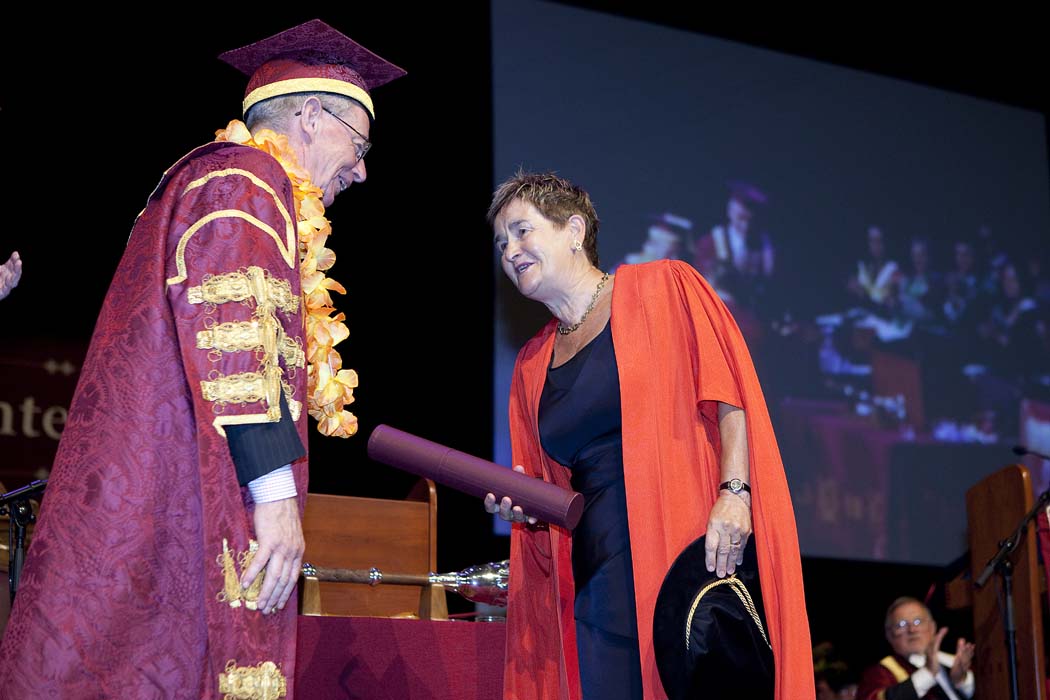 After graduating from the University of Canterbury in 1972 with an LLB(Hons), Ms Richardson worked for the Department of Justice and Federated Farmers before embarking on a political career with the National Party.

Her 14-year career in Parliament began in 1981 when she was elected to the Selwyn seat. As a supporter of free market economics, privatisation and trade liberalisation, Ms Richardson established a reputation for reform. After the 1990 elections, when National returned to power, Ms Richardson became New Zealand’s 37th Minister of Finance, a position she held until 1993.

In this role she was the principal architect of New Zealand’s second wave of fiscal and economic reform. Her institutional framework for the conduct of fiscal policy, the Fiscal Responsibility Act 1994, is widely regarded as setting international best practice and is a cornerstone of New Zealand’s economic framework.

In 1994 Ms Richardson left Parliament and, since then, has developed an extensive international practice as a public policy consultant. She has advised widely on strategies designed to achieve the practice of good governance and the development of high quality policy frameworks. Her clients have included governments, international agencies, private sector business agencies and “think tanks” interested in promoting good governance and economic transformation.

Parallel to this, Ms Richardson has also developed a private sector profile in corporate governance. Her directorships have involved her in a wide spectrum of business activity and her board work is not exclusively concentrated in New Zealand – her work has taken her regularly overseas to Europe, the United Kingdom, the United States, Latin America as well as Australia.

Her directorships to date, both past and present, have been in the fields of information technology, agri-business, biotechnology, the financial sector, public policy and sports apparel. She is Chair of the boards of Syft Technologies Ltd, Jade Software Corporation, the Kula Fund Advisory Committee and Kiwinet, and is a Director of Synlait Ltd and Synlait Milk Ltd. She is also a former Director of the Reserve Bank of New Zealand, LECG, Canterbury International, Oyster Bay Malborough Vineyards, Wrightson Ltd and New Zealand Merino.

Citation authorised as true and correct at December 2011.