Professor Roy Patrick Kerr is an eminent mathematician, known internationally for discovering the Kerr Vacuum, an exact solution to the Einstein field equation of general relativity. 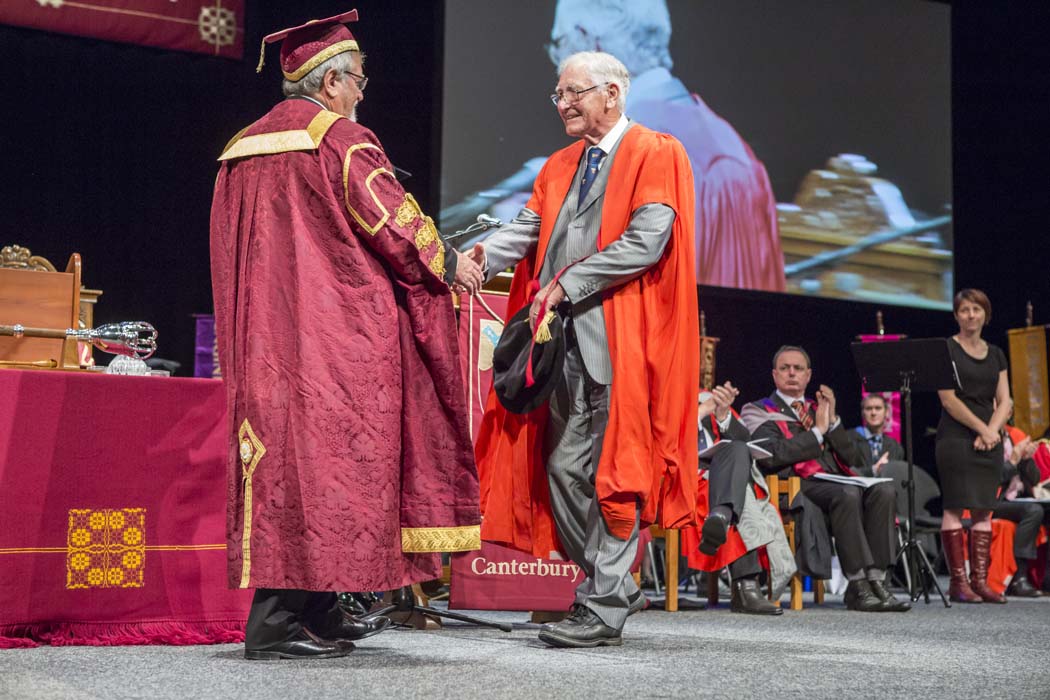 Professor Kerr began his long association with the University of Canterbury in 1951, earning a Bachelor of Science in 1954 and a Master of Science in 1955. He then went to Cambridge to research his PhD, and was awarded his doctorate in1959.

From England, Dr Kerr moved to the USA, where as a post-doctoral student in Syracuse, New York, he worked with Professor Peter Bergmann, Einstein’s collaborator.

In 1963, while working at the University of Austin in Texas, Dr Kerr did something that had eluded scientists for 47 years - he discovered the solution to Einstein’s equations that define the space outside a rotating star or black hole. This was something many in the field doubted could be done.

Professor Kerr’s discovery triggered a revolution in the field of astrophysics, and is now known as the ‘Kerr Vacuum’.

Dr Kerr returned to New Zealand and the University of Canterbury in 1971, where he became a Professor of Mathematics for 22 years until his retirement in 1993. Professor Kerr developed strong links with the department of physics and astronomy, where his seminal work on the Kerr Vacuum provided the basis of much research and teaching.

Professor Kerr was awarded the British Royal Society’s Hughes Medal in 1984 and the Rutherford Medal from the New Zealand Royal Society in 1993. He was made a Companion of the New Zealand Order of Merit in 2011, and was awarded the 2013 Albert Einstein medal by the Albert Einstein Society in Switzerland. It is a privilege to bestow on him an honorary doctorate from the University of Canterbury.

Citation authorised as true and correct at December 2015.