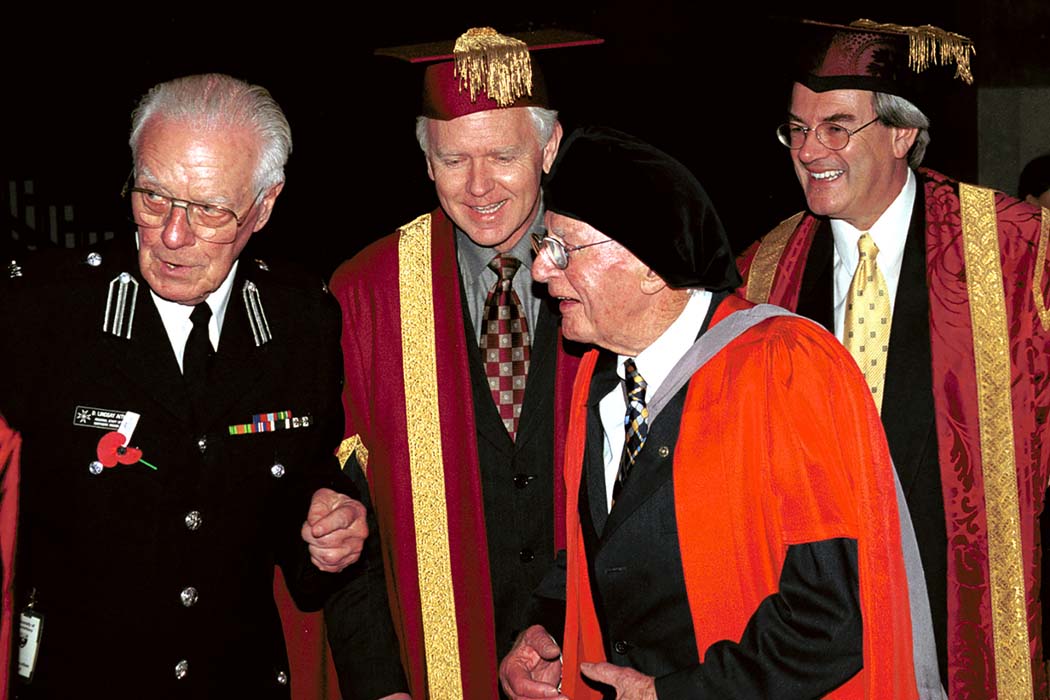 Sir Robertson was born in Christchurch in 1913 and educated at Christchurch Boys’ High School and the Christchurch Technical Institute where he gained a Certificate in Engineering.

He entered the RNZAF in the Second World War but was manpowered back into industry as the only plastics engineer in New Zealand. In 1947 he founded PDL and was involved in the design, production, and manufacture of all products in the company’s formative years. He is currently the Founder President and the largest shareholder.

A former Christchurch City Councillor, Sir Robertson was also President and a councillor of the Canterbury Manufacturing Association for many years, and is past President of the New Zealand Manufacturer’s Federation, and a foundation member of the Christchurch South Rotary Club.

He was Honorary Consul for Malaysia in New Zealand from 1975 and has been heavily supportive of the Ferrymead Historical Park, Pan Pacific Arts Fests, and the Southern Ballet. Sir Robertson was awarded a CBE in 1970 and KBE in 1979. In 1989 he published his autobiography Tin Shed to Knighthood.