Emeritus Professor Peter Munz, considered to be one of the most eminent sons Canterbury University has nourished, stands in a strong line of the university’s historians and philosophers. 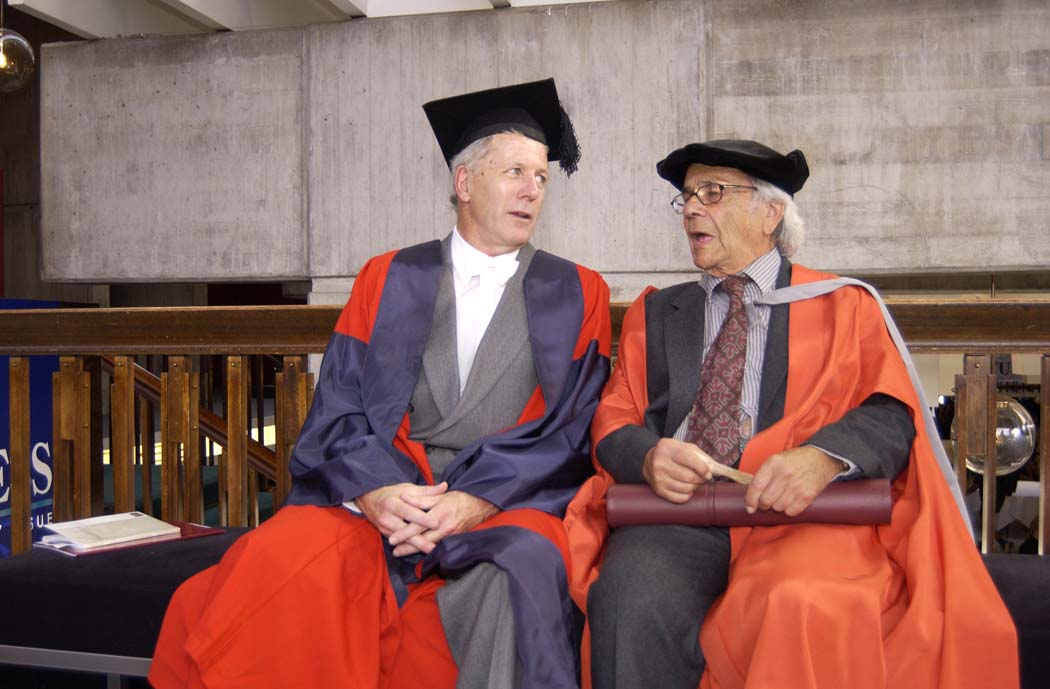 Born and bred in Germany, Professor Munz came to Canterbury as a young man at the outbreak of WWII. He graduated with an MA in 1944 and in 1945 went to Cambridge where he took his Doctorate in a study of the Anglican Divine, Richard Hooker, before returning to New Zealand to teach for a lifetime at Victoria University of Wellington.

At Canterbury University College Peter Munz was a remarkable student, early on being challenged by the great Karl Popper to defend his (Peter) first publication, an essay entitled In Defence of Plato.

Professor Munz is notable for the extraordinary power and breadth of his writing. Twelve major books cover the history of modern political thought, medieval history, the nature of religious belief, myth, the philosophy of history and evolutionary epistemology.

In a multitude of articles, reviews, translations, and letters, he has touched on a wide variety of topics: Ecclesiastical Polity 1952, The Problems of Religious Knowledge in 1959, Frederick Barbarossa in 1969, Where the Golden Bough Breaks 1972, The Shapes of Time 1977, Our Knowledge of the Growth of Knowledge 1985, and Philosophical Darwinism 1993.

The Honorary Doctorate honours Professor Munz as an eminent teaching historian and an eminently persuasive philosopher who, with intense intellectual curiosity, has spent a lifetime in the pursuit of knowledge.