Emeritus Professor John Ritchie is best known within the University of Canterbury for his leadership of the School of Music until the mid-1980s and his role as Deputy Vice-Chancellor 1977-1980. 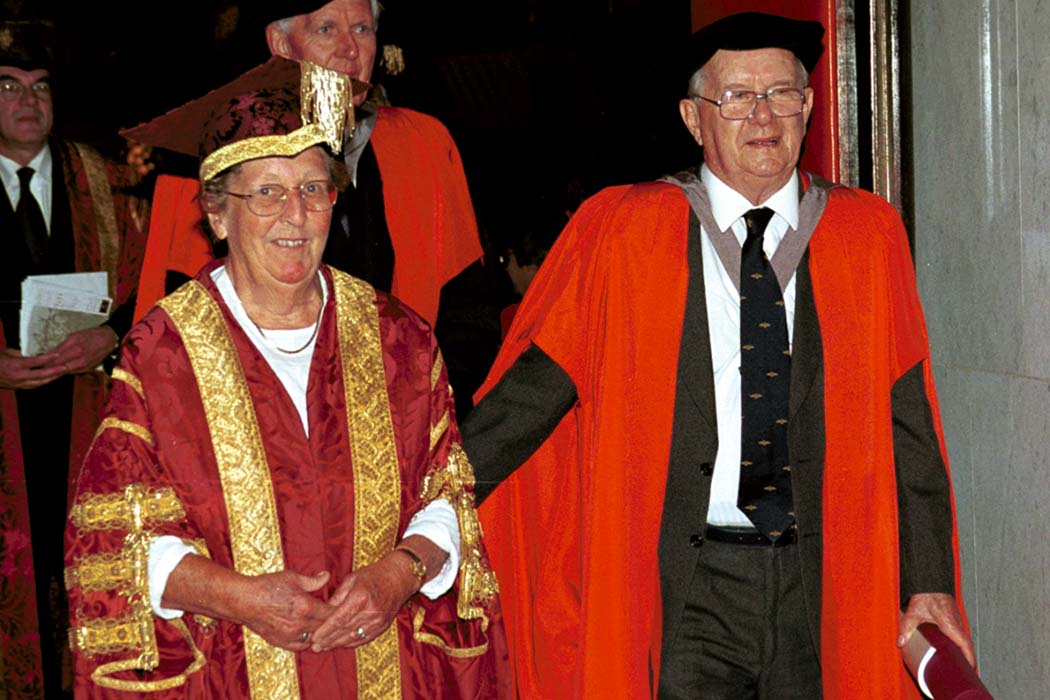 Born in Wellington in 1921, Professor Ritchie was educated at King Edward Technical College, Dunedin, Otago University (BMus 1943), Dunedin Teacher’s College, and Trinity College of Music London, where he completed an LMusTCL and LTCL.

He joined the staff of the University of Canterbury in 1946 as a lecturer, becoming a senior lecturer in 1957, then Professor in 1962. He was made Professor Emeritus in 1985.

Professor Ritchie directed the orchestra until 1968; it was later renamed the Christchurch Symphony Orchestra. He has also held two significant international posts: Secretary-General and later, President, of the International Society for Music Education.

He was director of music for the XX Commonwealth Games in Christchurch in 1974 and in 1992 received the Composer’s Association of New Zealand citation for services to music. His compositions include Concertino for Clarinet and Strings, Four Zhivago Songs, Whimsies for Guitar, and Canary Wine for women’s voices.