John Brodie Matthews is a brilliant engineer and businessman, also known for his tireless support of students, the arts and the wider community. 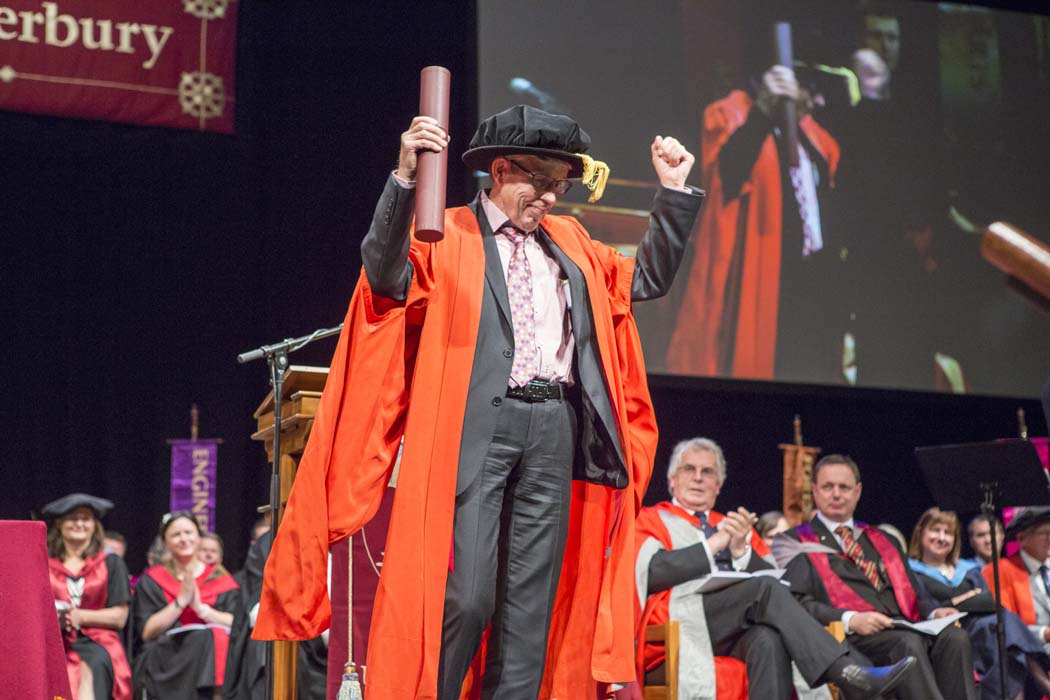 John studied at the University of Canterbury, graduating with a Bachelor of Engineering in Mechanical Engineering in May 1964. He then went on to own and operate, for 35 years, New Zealand’s largest and most enduring heavy engineering fabrication workshop, Fitzroy Engineering.

At times Fitzroy Engineering employed more than 1000 people, and it played a significant role as a contractor in the energy sector. He acquired his father’s pioneering but diminished bitumen business and, under the Technix name, expanded road contracting activities to become the second largest in New Zealand.

In the late 1990s Mr Matthews commissioned the largest bulk bitumen terminal and integrated bituminous products manufacturing facility in New Zealand, and this was followed by a similar terminal in Suva, Fiji.

He sold Fitzroy Engineering and the roading companies to concentrate on bitumen technology. He continues to be an innovator in the development of globally unique bituminous products and road surfacing systems.

Mr Matthews also has a strong eye for design. He was the engineer for the acclaimed sculptor Len Lye, helping the famous artist turn his ideas into physical reality. As the founder, chairman and funder of the Len Lye Foundation, Mr Matthews played an active role in ensuring Len’s sculptures remain on display in the beautifully designed Len Lye Centre.

He is currently developing a 35 hectares site near New Plymouth as a New Zealand trees park.  On this site he is also constructing a very accurate replica of the Omata Stockade as originally built in 1860 by terrified settlers during the Māori-Pakeha land wars.

Mr Matthews has a genuine interest and empathy for students and young engineers. Since the late 1980s he has had a close and productive working relationship with the University of Canterbury’s College of Engineering, by sponsoring student research in Len Lye, and Technix, projects at both undergraduate and postgraduate levels.

On top of this, Mr Matthews is also known for his community work and philanthropy in his hometown of New Plymouth.

Citation authorised as true and correct at December 2015.