Elric Hooper, a Canterbury graduate and former Artistic Director of the Court Theatre, is widely respected for his major contribution to the artistic and cultural development of Christchurch and to theatre and opera in New Zealand. 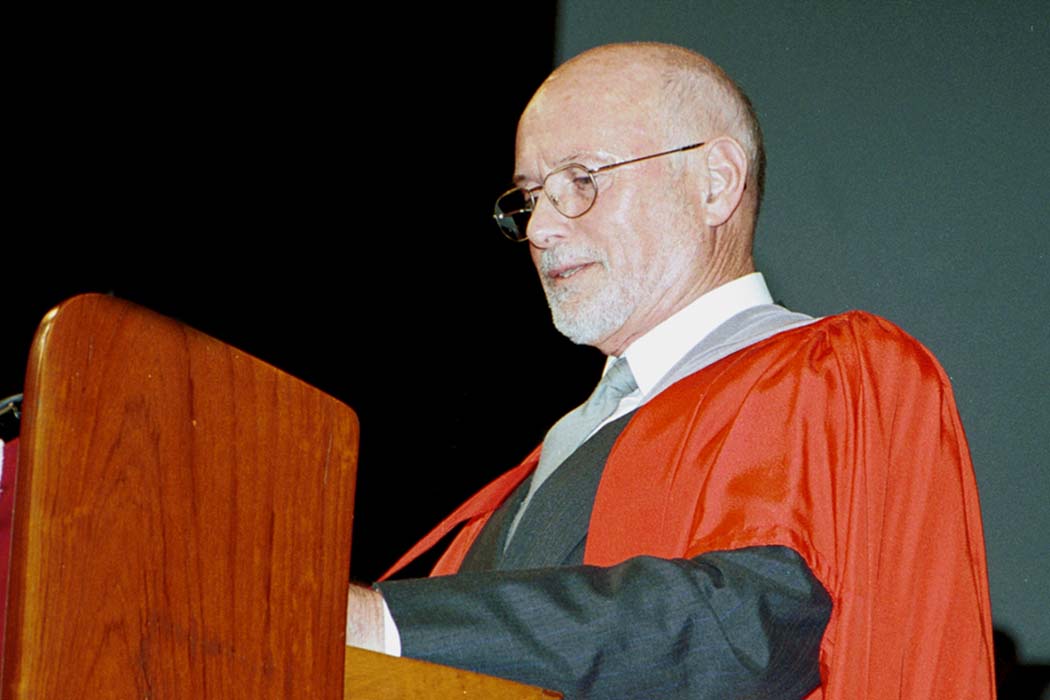 In 1958 Elric completed his MA in English at the University of Canterbury, where he became a protégé of Dame Ngaio Marsh and appeared in several of her famous productions of Shakespeare.

He then went on to spend two years studying at the London Academy of Music and Dramatic Art.

Elric began his professional career at the Old Vic, where he appeared for three seasons and worked as an actor and assistant to Franco Zeffirelli.

After this, he performed, directed and taught around the world, returning to New Zealand in 1975.

In 1979, Elric became the Artistic Director of the Court Theatre in Christchurch, where he stayed until December 2000. He was instrumental in the theatre’s survival while most other cities in New Zealand lost their professional theatres. His appointment has seen the Court Theatre become one of the most acclaimed theatres in the country.

Elric was a driving force behind the successful establishment of the Canterbury Opera company, where he directed the majority of its productions. He recently directed Wellington City Opera’s critically acclaimed production of The Marriage of Figaro.

Elric’s long standing commitment to education on theatre and opera saw him frequently giving free lecturers and discussions to accompany the Court Theatre’s productions, in order to make them more accessible to the general public.

His talks on opera and music have become a popular radio feature.

Over the last few years, Elric has returned to the London Academy of Music and the Dramatic Arts as a guest speaker.

In 1990, he was awarded the M.B.E. and in the same year received the Commonwealth Medal in recognition of his contribution to New Zealand.

Citation authorised as true and correct at December 2001.