Don Peebles, one of New Zealand’s most distinguished living artists, has had close associations with Christchurch and the University of Canterbury for nearly 40 years. 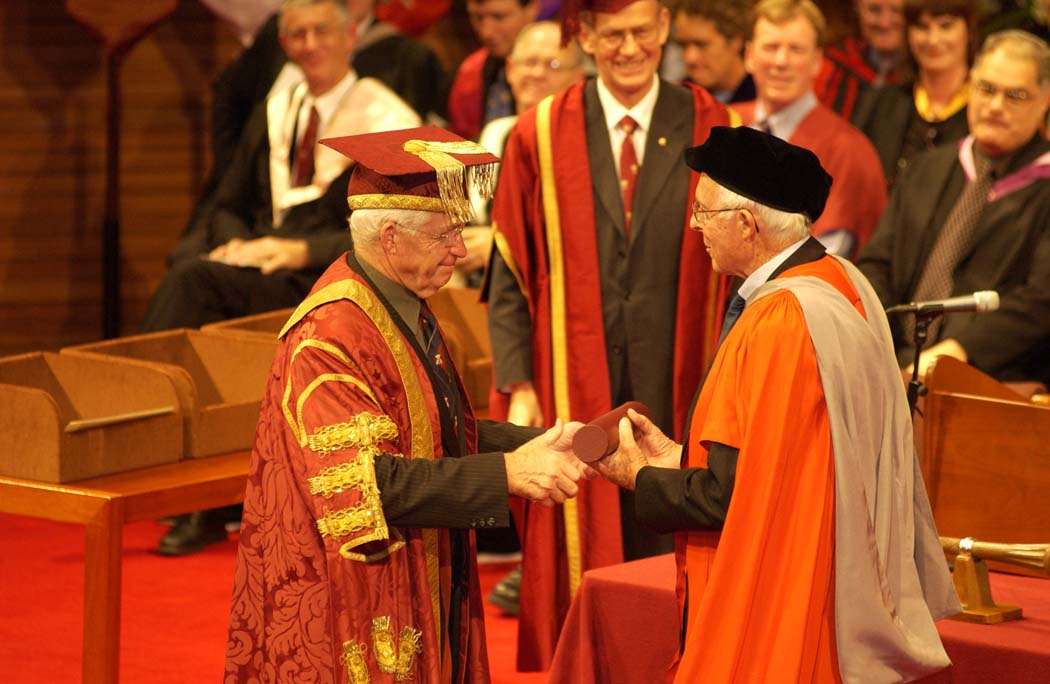 He was born in 1922 in Taneatua, near Whakatane. He studied art in Florence and at the Wellington Technical College School of Art in the mid-1940s, and in the 1950s at the Julian Ashton Art School in Sydney. His first solo exhibition was held in 1954 at the Wellington Architectural Centre Gallery.

During 1960-62, on receiving the New Zealand Art Society’s Fellowship Award, he visited Europe and exhibited alongside many British artists including Victor Pasmore. In 1966 he was awarded the Hays Prize Merit Award and was an art critic for The Christchurch Press during 1967-8. He was a council member of the National Art Gallery from 1982-92 and in 2001 was appointed Patron of the Robert McDougall Art Gallery. His work is represented in all the leading public art gallery and museum collections in New Zealand.

Don Peebles taught at the University of Canterbury School of Fine Arts between 1965 and 1986, becoming a reader in Fine Arts. He was acting head of school in 1985. Much admired and liked as a teacher, his philosophy is summarised by his view on students: ‘They come here experienced, they leave (I hope) as beginners.’ In 1999 Don Peebles was awarded the ONZM for his services to New Zealand art.

The Honorary Doctorate recognises Don Peebles’ national and international standing as an artist and his commitment to, and support for, his students during his many years on the University staff.