Bill Culbert is one of New Zealand’s most celebrated contemporary artists and is the first recipient of the University of Canterbury’s honorary Doctor of Fine Arts. 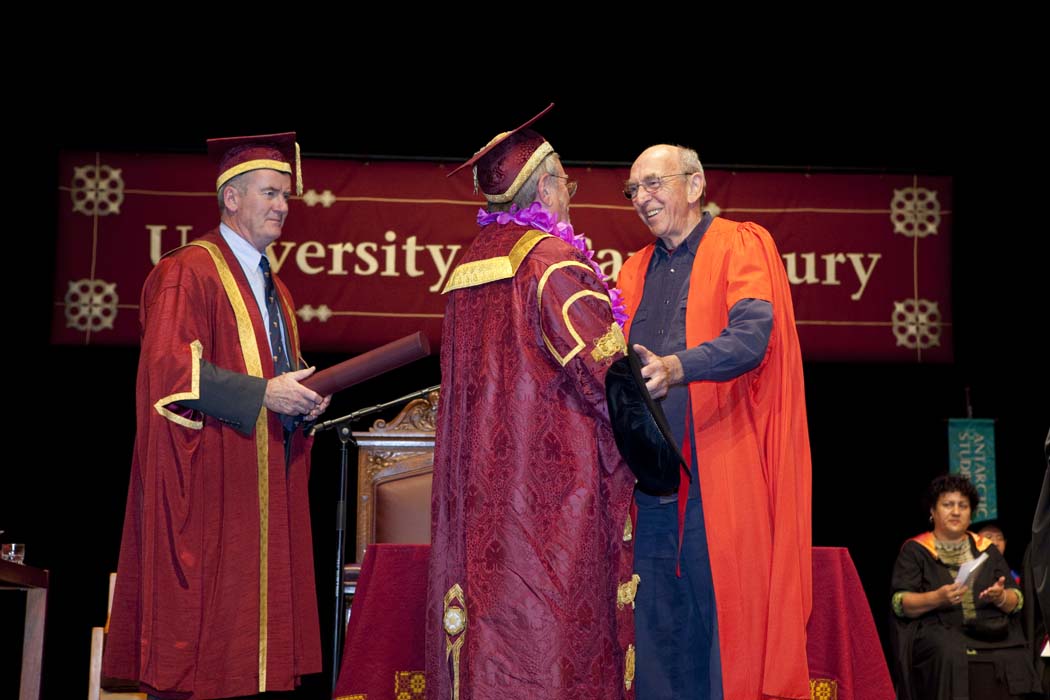 A sculptor, photographer and installation artist, Mr Culbert has enjoyed worldwide success since studying at the University’s School of Fine Arts between 1953 and 1956, receiving both national and international accolades for his work.

He was recently recognised by the invitation to officially represent New Zealand at the 55th Venice Biennale of Art, where he will show a new site-specific installation, Front door out back, at La Pieta from June to November this year.

After studying at the University of Canterbury, Mr Culbert received a scholarship to the Royal College of Art in London to study painting. Following a decade as an established painter, he developed an interest in electric light as subject for his work, exploring its qualities in a range of sculptures and installations.

Mr Culbert’s transformation of ordinary and often discarded objects into an extra-ordinary “otherness” is uplifting but, despite its sometimes cheerful air of improvisation, nothing in his work is gratuitous. He combines light and other things with rare economy, producing austere and poetic works of art which invite us to focus our perceptions and revalue familiar objects. Among his well-known public works in New Zealand are Black Stump, a 20 metre high tower in Auckland and Fault, on the façade of City Gallery Wellington, both made in collaboration with the late Ralph Hotere.

Looking back on his creative life, Mr Culbert himself emerges as a summary of many strands of the idea of the modern artist: he is observer, researcher, recorder, selector, inventor, interventionist, activist and provocateur. He has enjoyed success at many hundreds of solo and group exhibitions in Europe, in both North and South America, Australia and New Zealand. Few New Zealand artists have sustained such a high-quality internationally acclaimed creative practice over so many years.