UC alumnus Antony Gough is a successful property investor and entrepreneur who has made a significant contribution to the development of Christchurch’s central city. 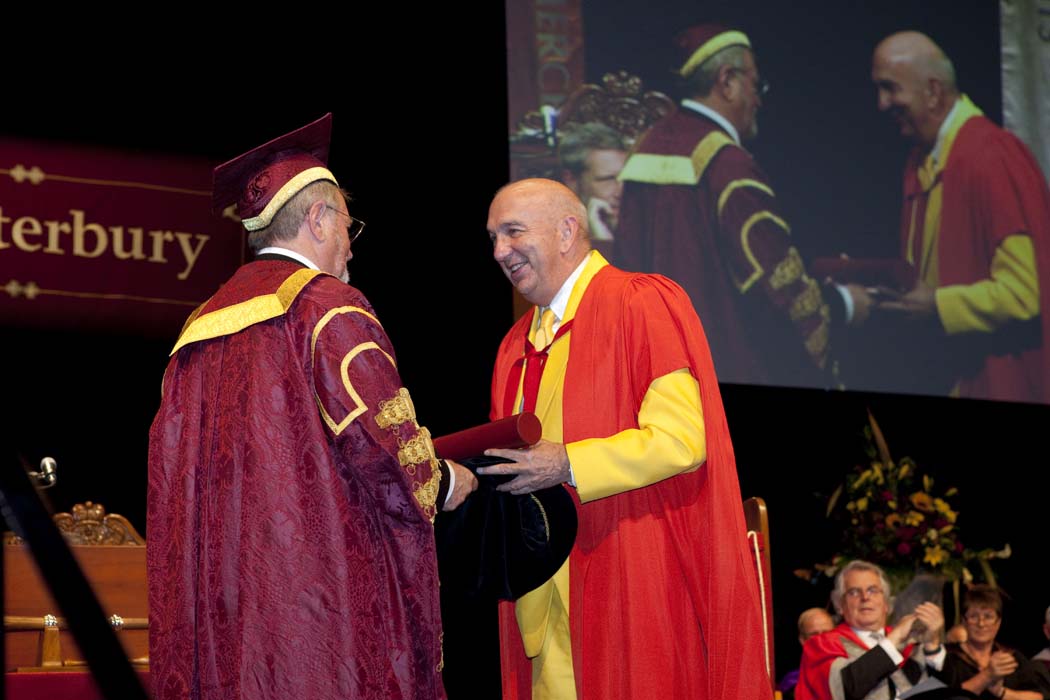 Mr Gough, Managing Director of Hereford Holdings Ltd, is best known in Christchurch for creating “The Strip”, a parade of bars and restaurants along Oxford Terrace that became a popular social precinct and tourist destination along the Avon River

Mr Gough is a member of the Gough family, which has played a prominent role in the business life of Christchurch. He is a shareholder in the Gough Group, which imports heavy equipment and services for mining, forestry transport and power sectors. It is best known for being the sole New Zealand Caterpillar heavy machinery dealer for more than 80 years.

Mr Gough graduated from the University of Canterbury in 1970 with a Bachelor of Science degree, with honours, in physics. After graduating he joined the family business, initially as a trainee computer programmer at Gough, Gough and Hamer, before running a sheep farm in Chertsey for 13 years. His interest in property investment began when he was 21, when he bought his first commercial property while still a student. He went on to buy the Russley Hotel, which is now being developed as a retirement village, the 10 storey office tower known as Craigs Investment building in Armagh Street, and the Poplars Apartment Hotel in Chester Street.

He is now, after the 2010 and 2011 earthquakes, a vocal and enthusiastic supporter of the city’s rebuild. As chairman of the Central City Retailers’ Association, Mr Gough was instrumental in establishing the Re:Start container mall in Cashel Street. In August 2013, Mr Gough’s $140 million re-development project centred on his former Oxford Terrace precinct began.

The Terrace mixed-use development will be built around a central courtyard containing bars, restaurants, shops, a hotel, apartments and offices with the different elements of the development providing generous public spaces. Once completed, it will include 40,000 square metres of built space where up to 2000 people will work. The Terrace will combine the best of global urban design with the unique features of Christchurch to deliver a village development that will be a landmark in the city for the next 100 years.