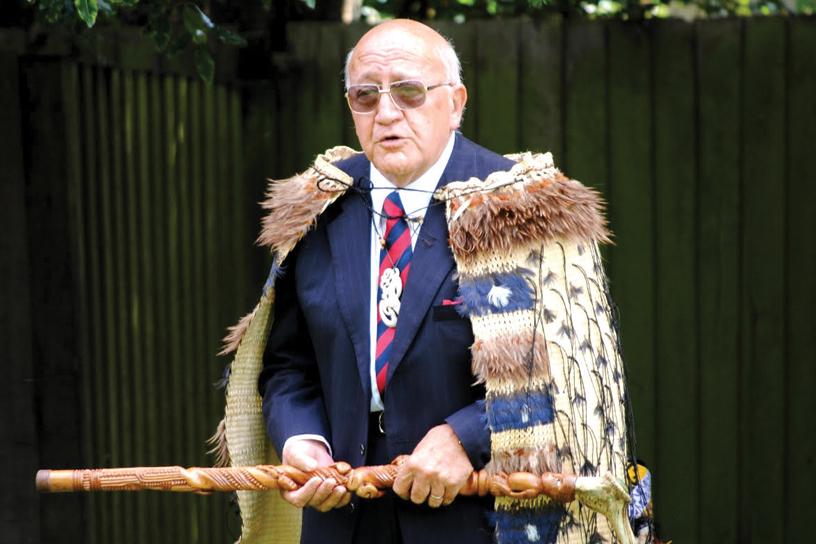 Tā Tipene O'Regan is one of the most influential and important tribal members in the modern history of Ngāi Tahu. His significant achievements include being the Chief Negotiator for Te Kerēme - the Ngāi Tahu Claim, which culminated in the Ngāi Tahu Settlement in 1998, and being a key architect of the Treaty of Waitangi Settlements process.

He is a former history lecturer at UC and was our first Assistant Vice-Chancellor Māori. Throughout his career, he held director roles on numerous state-owned enterprises and was the founding Chairman of the Sealord Group, Ngā Tahu Holdings, and Te Ohu Kaimoana, the Māori Fisheries Commission.

Tā Tipene was knighted in 1994 for services to the Māori people and the community. In 2009, he was commemorated as one of the Twelve Local Heroes of Christchurch.

Now in his 80s, Tā Tipene continues to think about the future for his people. In 2021 he worked alongside Minister Megan Woods to ensure the Tiwai Point aluminium smelter closure will be managed to create the best outcomes for the region and has been instrumental in driving hui to explore opportunities for new, green hydrogen industries in the area. Tā Tipene’s work has naturally strengthened Ngāi Tahu’s ownership of its past while helping to build a future-focused, intergenerational iwi.

He was awarded an Honorary Doctorate from the College of Arts in 1992.