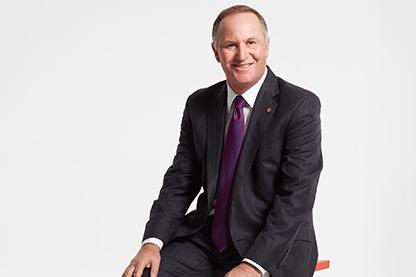 With a degree in accounting and a passion for being at the leading edge of business, John Key carved out a successful career in investment banking, taking him around the world, including working in Singapore and London.

Pursuing a childhood dream of becoming Prime Minister of New Zealand, John entered politics which saw him hold the Helensville seat in Auckland from 2002, and the Prime Minister role from 2008 until his retirement in 2016.

After leaving Parliament, John went on to hold a directorship with Air New Zealand for three years, and is currently the chairman for ANZ.