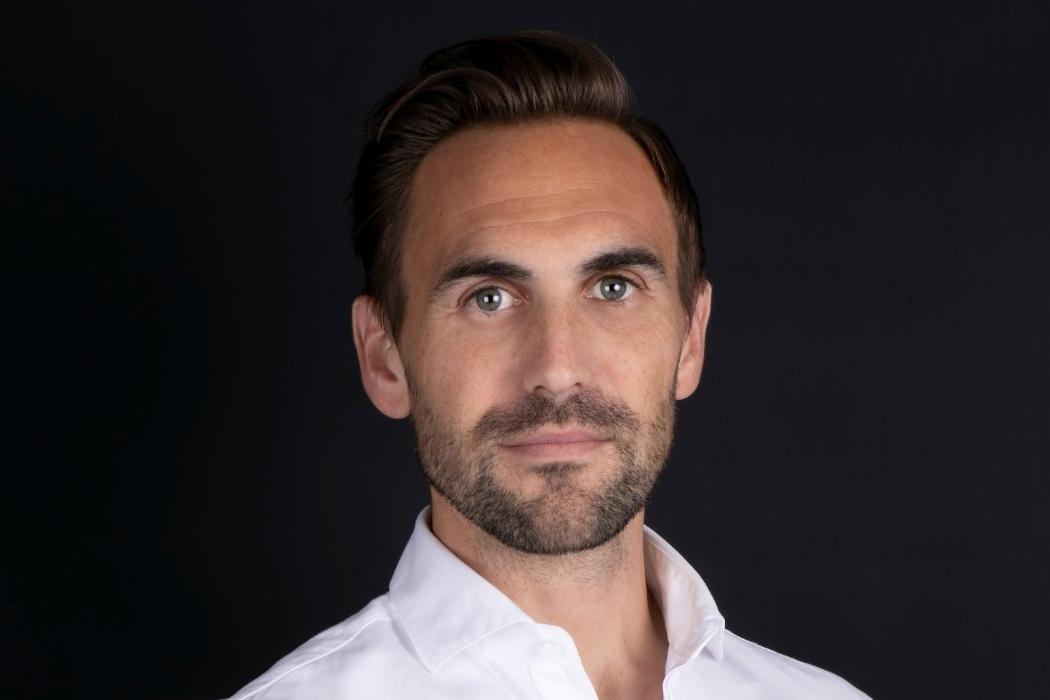 Michael Sutherland is the Chief Transformation Officer at Real Madrid, where he leads the Club’s transformation across the business and new stadium development and delivering new strategic initiatives to increase commercial growth.

Michael has spent much of his career working at the forefront of emerging technologies in executive roles in Silicon Valley in technology startups and Fortune 50 technology companies. Prior to Real Madrid he was an executive at HP Inc leading Virtual Reality and the development of new Immersive Computing products related to Artificial Intelligence, Internet of Things and 3D computing. He has also been an active angel investor, founder, and advisor to early-stage companies. Michael reflects back on his time at UC below:

What drew you to study Engineering at UC?
Being raised in Christchurch, combined with the reputation of the UC engineering program made it a natural fit for me. From a young age I grew up around computers, starting with a commodore 64 with monochrome display and tape cassette drive and then moving onto an Amiga 500 and then various early PC Clones.

My father was an early adopter of computing technology, owning one of the first NEC personal computers, which ended up in the Ferrymead museum. We ran a home network over coaxial cable and were one of the first in the neighborhood to adopt early dial-up internet.

I got a taste of computer programming with Basic and Logo during high school and was creating mods for Doom and Quake during the height of their popularity. Selecting Electrical and Computer engineering was a fairly obvious choice in hindsight even if it did seem like a difficult decision at the time.

While I’ve ultimately moved away from purely engineering roles, I can say that the foundation it laid for me in the ability to problem solve and to develop an understanding across a very broad array of technologies and systems has been valuable throughout my career.

Has your career evolved the way you expected?
If I had to describe my career in a word, it would probably be “fluid”. It has definitely not been a linear path and has taken many different twists and turns throughout the years, some planned while others were more of a leap of faith. I have lived, studied and traveled in more than 35 countries. I spent my early years working for private family offices and royal families as an electrical engineer on private jets and mega yachts. Near death experiences, pirate waters, ocean crossings and terrifying storms were all just part of the daily grind. On a trip sailing up the Amazon river, a conversation with Bill Gates triggered my decision to move to Silicon Valley.

In Silicon Valley I held executive leadership roles at Fortune 50 and startup technology companies. I developed my knowledge and experience working at the leading edge of emerging technologies, such as IoT, Mixed Reality, Artificial Intelligence, Smart Buildings, and Immersive Computing. At the Andreesen Horowitz venture backed startup, Leap Motion, I led the development of their global developer program. Other past roles include Director of Virtual Reality and Director of Immersive Computing at HP and I have had the opportunity to be an advisor, co-founder and investor in various technology startups.

Despite developing an expertise in emerging technology and innovation, my passion lies in understanding customer desires and creating emotionally engaging experiences. I am a big believer in continuous learning and have a fascination for the science of leadership which allowed me to study at a variety of other respected institutions including Harvard, Stanford and MIT

What would be your career highlight to date?
At HP, I led product and design for Immersive computing which launched the HP Sprout Pro G2, winner of CES 2017 Best New Desktop, and the HP 3D Z camera that was awarded CES 2018 Best Innovation. I have always had a passion for beautiful products and so it was immensely fulfilling to have played a part in the delivery of these two incredible products.

At Leap Motion, I led the growth of a community of 150,000 developers, at one point working directly with Elon Musk who famously shared that SpaceX was using the Leap Motion sensor to design rocket parts.

I have had the unique opportunity to lecture at the Harvard Computer Science CS50, class of David Malan, famous for guest lecturers including Bill Gates and Mark Zuckerberg.

During this past year, I was deeply honored to be selected as one of the 2021 Leaders Under 40, selected for sporting executives who are making an impact in their industry.

What goals do you hope to achieve with Real Madrid?
Real Madrid is the most successful football club in the world, holding a record 26 trophies, including 13 Champions League trophies and was awarded the Club of the Century in 2000 by FIFA. The club has consistently ranked in the top 3 highest earning football teams for the past 17 years and in 2021 was recognized by Brand Finance as the most valuable football brand for the third consecutive year with a valuation of €1.27Bn ranking it as the third most valuable sports team brand overall.

Real Madrid is not just a European Football club, but a Club that has helped forge the European and global football industry. The club has a global fanbase of over 600 Million fans who are found in every country around the world, and an almost unrivaled social media footprint, reaching 370M followers, and is the third most followed global brand on Instagram. Most surprising of all is that there is no wealthy owner, nor even shareholders. The club is completely owned by its 100,000 Socios, who are fans that pay an annual due but receive no economic benefit from the performance of the club. The President is elected by the fans every 4 years. My role is to help to look towards the future generations of fans and ensure that we are moving in a direction to build on our rich heritage and adapt to maintain relevance for new generations of fans.

At Real Madrid we are driving a digital revolution to connect new generations of football fans through a modern digital Bernabeu stadium, projected to generate an additional €200M annually; a lifestyle & entertainment online retail business; and an international strategy to provide deeper engagement with the global fanbase.

Some of the highlights within the past year include being awarded with best original content in China, being the first football club to launch an official Club Twitch channel and, being the first sports team to reach 100M fans on Instagram. This milestone places the club within a very small and exclusive group, consisting of only Nike and National Geographic, as the only commercial brands in the world to break this social media milestone.

Ongoing initiatives include the transformation of the club’s existing television studio into a Digital Factory to develop a new digital media network including on-demand and live streamed content. The new Bernabeu stadium will operate on a real-time operating system that will allow the club to collect thousands of real-time events across all customer touch points and instantly act on them. A recent partnership with the Silicon Valley tech giant, Adobe, will leverage their real-time systems and AI platform to drive meaningful experiences for hundreds of millions of fans.

What motives / inspires you?
I have realized over the years that I’m a systems thinker which gives me a natural intrinsic motivation to want to improve any given system, whether that be human, technology or business. I have to imagine that part of this, was what led me to study engineering in the first place and part of it has probably developed as a result of my studies there.

I’m a fan of science fiction that explores possible future realities and I have always been fascinated by emerging technologies and tracking how they are simultaneously diverging and converging to shape the world. In a sense, this has always been a core driving force for me, the opportunity to be able to bring a piece of tomorrow’s world into the current day.

Your career has seen you move from NZ to France, to the USA, and now Spain. Where’s next for you?
For the time being my focus is on helping Real Madrid explore what it means to be a global brand in the sporting sector. The industry is going through an incredible transformation particularly as private and public capital flow in at unprecedented rates. These changes impact how the product of football will need to be packaged and delivered to the next generation of fans.

There is much work still to do in the sports sector generally. As to where that will take place, only time will tell.

Looking back at your time at UC, what memories and experiences have stayed with you?
Some of my fondest memories are simply sitting outside the Foundry with a beer with classmates on a sunny afternoon. It’s the people that I met that have stayed with me the most. While I would love to say that I have stayed in touch with more of my classmates, certainly some of my longest and closest friends are those that I spent those incredible years with. Now almost 20 years later, regardless of the passage of time and distance I know that any of my classmates would help me out in the same way that I would do for any one of them.