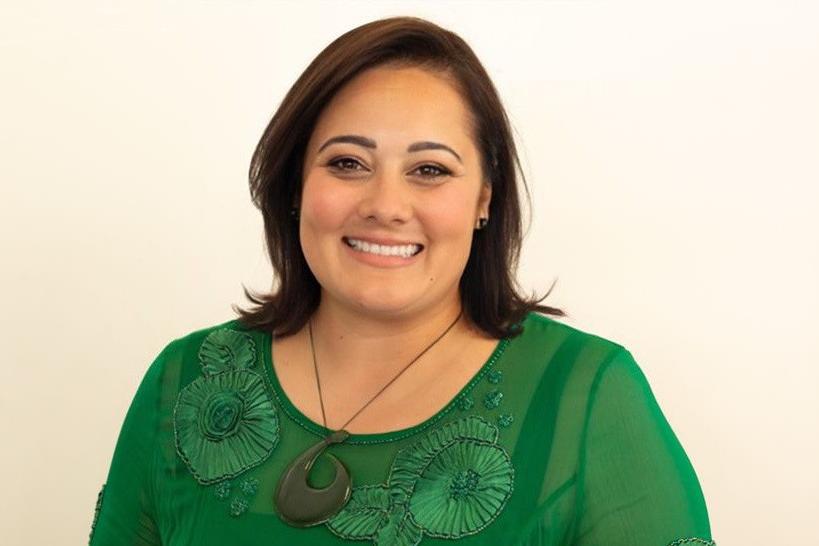 Juliet joined Te Pūtea Matua / The Reserve Bank of New Zealand in 2020 as Assistant Governor and General Manager of Transformation, Innovation, People and Culture.  Juliet is of Ngāi Tahu and Whakatohea descent and is also a non-executive director on the board of Ngāi Tahu Holdings.

Juliet worked with Ngāi Tahu and a large New Zealand law firm before commencing her international career, which spanned two decades. Internationally Juliet has worked in Australia, Hong Kong, and the United Kingdom – in roles ranging from litigation and dispute resolution, risk management and regulatory compliance, strategy and business transformation, and broad leadership and management roles, including aspects associated with integration, expansion and the combinations of international legal practices.

Juliet is qualified as a Barrister and Solicitor of the New Zealand High Court, admitted as a Solicitor in the Supreme Court of New South Wales Australia, and as a solicitor of England and Wales. Below Juliet reflects on her time at UC.

What drew you to study an LLB and BA at the University of Canterbury?
I decided as the last minute to enrol at University (enrolling in the first week!)  I initially intended to focus on the Japanese language programme, and I took Te Reo Māori, Computer Science and Law as my other subjects.  After the first year, as I had really enjoyed the Law course I changed tack and decided to do an LLB/BA double degree. My BA majored in Māori Studies and History.

Has your career evolved the way you expected?
Not at all, but in a great way in that there have been many unexpected twists and turns taking me all around the world and with constant evolving, learning and interest as a result.  I always worked part-time throughout my university years, teaching tutorials, marking exams and one summer I undertook a research project for Ngāi Tahu which evolved into a part-time role in the strategy and legal team throughout the Ngāi Tahu settlement negotiations with the Crown.
One summer I clerked for Bell Gully and went to work for them as a Barrister and Solicitor when I finished my degrees, before spending a year as a solicitor for a firm in Sydney. When I went off to the UK in 2002 on a “working holiday” I took a contract role with an international law firm in their Risk and Compliance function, which ultimately morphed into a career as an in-house risk and compliance lawyer across a number of large international firms. This involved managing cross-border issues arising around client conflicts, professional conduct and regulatory affairs, negligence, money laundering, bribery and corruption, terrorist-financing, economic and trade sanctions, and international regulatory change projects.
In my last decade in the UK, I began taking on leadership and management roles for my firms, which saw me involved in delivering strategic projects aimed at transforming business operations through organisational design, process improvement and automation, as well as setting up an internal transformation consultancy function for my most recent firm.

What would be your career highlight to date?
There have been many highlights!   A couple of the more memorable would be my first court appearance, which was in the High Court of the Cook Islands, which was really fun.  I also had the privilege of attending the Privy Council for the Treaty of Waitangi fisheries case, which was on Downing Street in London.  In more recent years I have really enjoyed building teams and designing and implementing a large automated workflow system to conduct all the international risk and regulatory checks needed to on-board new clients and matters into a global law firm.

What drew you back to NZ after working in Hong Kong and London for so many years?
It was really my two tamariki that drew me home to Aotearoa. I wanted to make sure they felt strong in their identity and knew where their whakapapa came from, so I had been keeping an eye out for the right role to bring me home.  The stars aligned when an opportunity arose as a non-executive director on the board of Ngāi Tahu Holdings at the same time as the role at the Reserve Bank.  I was intrigued by the chance to support Governor Adrian Orr in leading the transformation and modernisation of Te Pūtea Matua, so that it lives up to its full purpose and mandate. It had also been a personal imperative that there would come a time whereby I would contribute back my skills to support Ngāi Tahu’s vision for the future wellbeing of our people and the restoration of the intergenerational legacy that was lost.  Mō tātou, ā, mō kā uri ā muri ake nei – For us and our children after us.

What goals do you hope to achieve with the Reserve Bank of NZ?
I am passionate about transforming the Bank so it is well set up for the future to fully meet its purpose: Toitū te Ōhanga, Toitū te Oranga – Enabling economic wellbeing and properity of all New Zealanders.  Part of this is helping it better reflect the society it serves by bringing in more diverse people and viewpoints. This includes bringing a Te Ao Māori perspective to bring to life the bicultural basis of our modern country and Te Tiriti o Waitangi in a beautiful way where people can recognise the greater combined value we have as a country through that partnership.

What motives / inspires you?
It’s really motivating to me to do mahi that contributes to a greater purpose – makes it a lot easier to get up and go to work!  I also really loved dealing with all the international people and cultures in my international legal career and helping them to solve issues and to make things work better.

Looking back at your time at UC, what memories and experiences have stayed with you?
There were so many awesome things about UC!  I made so many friends for life there.  In addition to some of the great classes and lecturers, one great memory was being part of the UC Touch Rugby team that totally obliterated all the other University’s teams at Easter Tourney one year, and then got to travel to Melbourne to participate in the Australian Universities Tournament – so much fun!