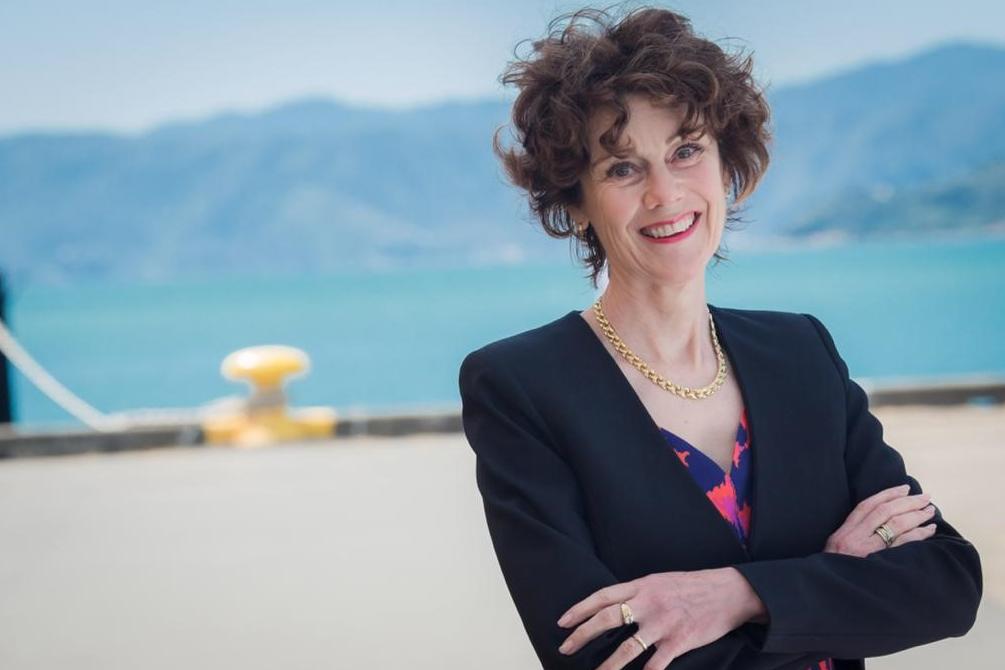 You studied French and English at UC, did you have a career in mind when you chose your subjects at University?
I’m a firm believer in the Chaos Theory of Career, so I had no particular future in mind when I studied. I took subjects that interested me, and have no regrets at all about doing so. Coming from a long line of teachers, my one plan was to look for something different rather than simply following the family tradition. Throughout my career, I have either walked through doors that have been opened to try new challenges, or actively looked for them.

Tell us about what you do now!
I’m currently posted to Singapore as New Zealand’s High Commissioner (same as Ambassador, but the term we use when both countries are members of the Commonwealth). I lead an inter-agency team (though the trade, defence, education and tourism people work autonomously), and have overall responsibility for protecting and promoting New Zealand’s interests in Singapore (our 7th largest trading partner). The job is really varied, which means I need to know not very much about almost everything, and be prepared to give speeches, attend special events, accompany visiting Ministers, make representations to senior government officials (or Ministers), help open doors for trade opportunities, and deal with tricky consular issues (New Zealanders getting into various spots of bother here in Singapore). The High Commission is responsible for reporting back to the government in Wellington, receiving instructions and following up on anything we are tasked to do. COVID has changed the nature of diplomacy – just as it’s changed so many other jobs. Lots of our engagement is via virtual meetings, I can no longer host large receptions at our official residence, and for in-person meetings, we all have to keep masks on. Consular work has been less about lost passports etc and has turned much more to people wanting help to get back to NZ: some of the situations have been heart-breaking, and we’ve had limited options to help. Recently, though, we had several defence assets – including the frigate Canterbury – here for joint exercises in the region, and we’ve had a couple of Ministers visit in person, so it’s started to feel a bit more like BAU.

Prior to your current role you worked as New Zealand’s Climate Change Ambassador, what did that role entail?
I led New Zealand’s delegation to the UN Framework Convention on Climate Change (UNFCCC) negotiations. Pre-COVID, the role (ironically) involved a lot of travel, and I attended meetings large and small in every continent other than Antarctica. I was deeply involved in the negotiations that resulted in the 2015 Paris Agreement, including hosting a series of “blue skies” dialogues in New Zealand, where we brought a small group of top international negotiators together to workshop ideas for how a global treaty could be made to work. We used creative techniques to take people out of their comfort zones and away from the confines of their national positions to model “what if…” scenarios. Some of our work really helped to build bridges between opposing positions and ended up being reflected in the treaty. After the Paris COP, I spent three years as co-chair of the APA (Ad-hoc Working Group on the Paris Agreement), which had the job of getting 164 member nations to agree on the detailed rules needed to allow the Paris Agreement to operate: the “how” to give effect to the “what” we’d all committed to. It was deeply challenging – given strongly held national positions on every aspect of the rules – but also deeply rewarding when I was able to conclude the job with the successful adoption of the “rulebook” in Katowice, Poland at the 2018 COP.

What do you consider to be your career highlights so far?
I’ve been incredibly lucky with my career. Obviously, despite total exhaustion, the experience of being in Paris as the gavel came down to adopt the Paris Agreement was a major highlight. Some of the most challenging international travel (to Malawi, Venezuela, Tajikistan for example) ended up bringing the most memorable experiences. I was privileged to travel to Ny-Alesund in Svalbard (1,000 km from the North Pole), and saw first-hand the impacts of climate change on glaciers and (the lack of) sea-ice. More recently, the experience of presenting credentials to Singapore’s President to be formally recognised as High Commissioner was very special, and I loved the opportunity to wear a korowai for the occasion (even though it was a bit of a challenge inspecting the guard of honour in 35 degree heat while draped in heavy wool(!). Within three months of my arrival here, it was a huge privilege to host PM Ardern on an official visit to Singapore, when she signed an Enhanced Partnership Agreement with her counterpart, PM Lee Hsien Loong.

What are your favourite things about living in Singapore… and what do you miss most about Aotearoa when you are not here?
Singapore is a densely packed city-state with a similar population to New Zealand’s crammed into the same area as Lake Taupo. The city is, however, very well-planned, with fantastic architecture and green everywhere – between, on and inside buildings. It therefore doesn’t feel like a concrete jungle. It’s hard to go past the food – you can eat cheap and cheerful multi-cultural cuisine in any number of Hawker Centres or go for Michelin-starred fine dining for a very special occasion (and lots in between). The bio-diversity here is always surprising in a city: I love the amazing birdlife, macaque monkeys, monitor lizards and otters I regularly see when I’m out walking. I also love the warmth.

What I miss most about Aotearoa is family and friends: pre-COVID, I was reassured I could come back home readily with a direct flight keeping those I love close enough to reconnect with regularly. I miss our beautiful and wild landscape, and our own native birdlife. I miss the coast and the mountains, our well-deserved reputation for manaakitanga, and our ability to feel so connected with the land.

How has your time at UC influenced who you are today?
I loved my time at UC – so much that I stayed on as a research assistant for a year after I completed my MA. I think the university’s main influence was in helping with my transition to being a confident woman, who learned how to think, analyse and become independent, self-motivated and ambitious. It helped me refuse to believe in a “glass ceiling” and to feel free to follow my passions and dreams, wherever they were going to take me. And, as it happens, they have ended up taking me almost everywhere.