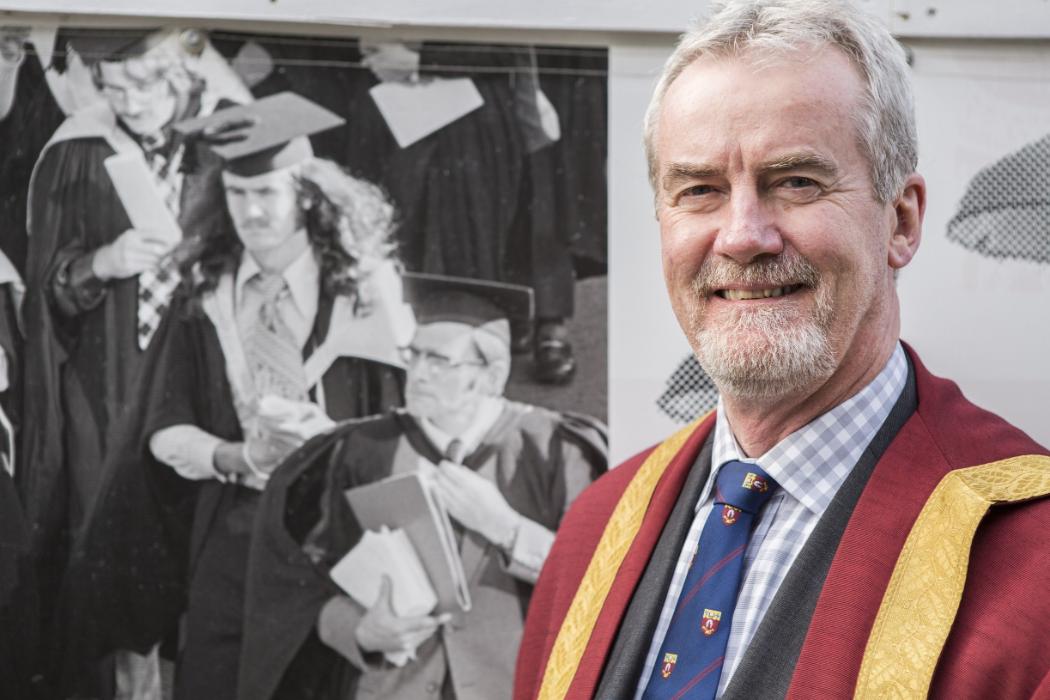 Jeff Field has had a 32-year university career of distinguished service to the University of Canterbury, including serving as UC Registrar from 2005-2020, where he has held responsibilities for governance, risk management and compliance.

Jeff completed BA and MA degrees at UC, graduating in psychology with first class honours, before training as a secondary school teacher at the Christchurch College of Education. After returning to New Zealand from his O.E., he enrolled in a postgraduate diploma in journalism at UC. Jeff put his tertiary qualifications to good use, firstly by teaching at Aranui High School for four years, before embarking on a successful media career in print and television.

He came back to the University of Canterbury to work in a sole-charge communications role. He set up and developed the University’s Alumni Association before leading UC’s first scholarship endowment fundraising campaign, laying the groundwork for the UC Foundation. He established UC’s first international office, ran the Canterbury University Press as publisher and has long been involved with the University’s arts acquisitions programme.

He has been Registrar at 116 graduation ceremonies and is signatory to some 60,000 UC degrees.  Emergency management and response was part of his portfolio of duties as UC Registrar and, following the 2010/11 earthquakes, he led UC’s insurance claim, negotiating a successful settlement for the University. Jeff is also a JP and has met many thousands of student requests in that role.

He has worked closely with five Tumu Whakarae| Vice-Chancellors and eight Tumu Kaunihera | Chancellors and, through his service, has made a lasting contribution to the University and its community.