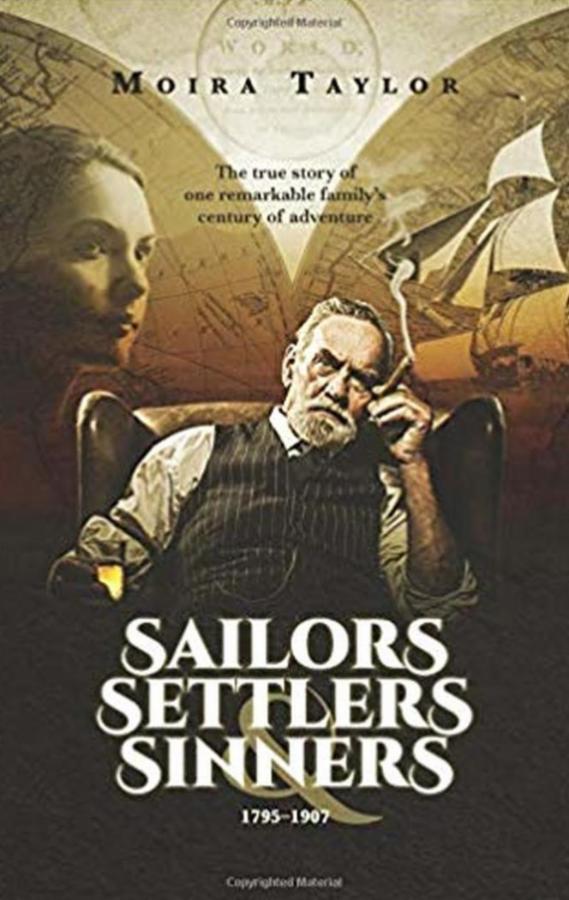 Moira Taylor has drawn on private letters and personal journals to take us on a journey through her family’s history. But this is no ordinary story. The book shares the ups and downs of a family with political ambition and entrepreneurial flare, a family who must deal with the dilemmas of members who don’t always follow the rules.

Beginning in the port of Hull on the east coast of England, Moira traces the highs and lows of the Hall family between 1795 and 1907. As mariners during the zenith of Britain’s global expansion, two of the three Hall brothers, George and Thomas, sailed the world and saw the potential of settling in the new colony of New Zealand. The third and youngest brother, John, became an early prime minister there and was the first in the world to grant women the vote.

The Hall’s story spans the globe through three generations, from France during the Napoleonic Wars to St Petersburg and Calcutta; from North and South America to New Zealand and South Africa; via the plague-ridden streets of Constantinople to shipwrecks in the North Sea and the Bay of Biscay. As such, this is an insight into maritime, political and cultural history at a time of great adventure and colonisation, and will appeal to all with an interest in this fascinating period of global expansion.

But life in the new colony doesn’t always go to plan. While some members of the family make their political mark, others are remembered for other, more nefarious, reasons. Attempted murder, adultery and unpaid debt – the family is not immune to a scandal.

The Hall family’s story is beautifully illustrated with original photographs, documents and maps, bringing this extraordinary tale to life. It captures the spirit of the age, while keeping us firmly grounded in the reality of a settler’s life.