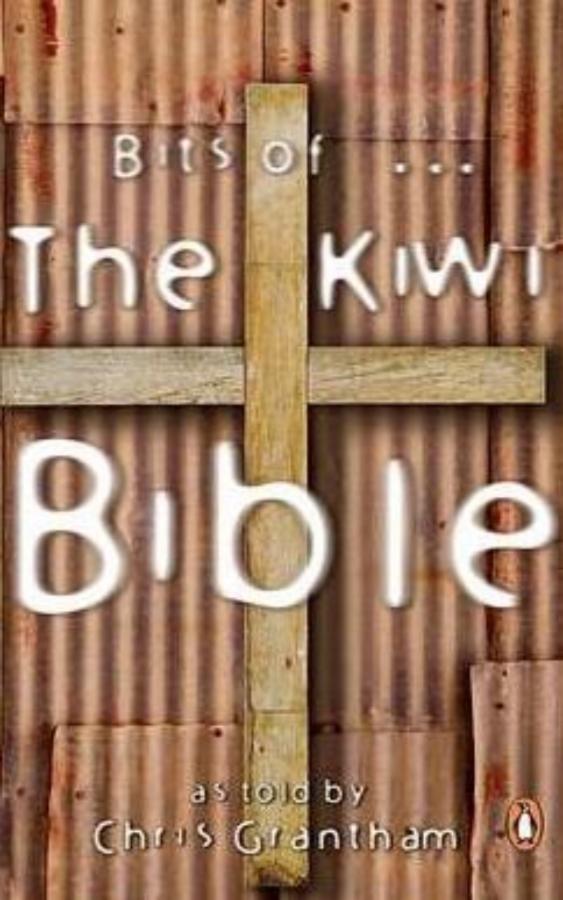 How on earth do you go about writing a Bible? It’s a couple of millennia since the last major Bible-writing exercise took place, so this means there’s currently a shortage of people who know how to put a Bible together. To be honest, this one isn’t entirely original – it draws heavily on that other, better-known Bible. Matter of fact, mine is a much reduced version of that particular Bible – just 3% of the original. Who knows, there might be a sequel, or thirty even (yeah right!) to cover the whole Bible.

Back to the story – it’s been called the greatest story ever told, or, in Kiwi, a seriously good yarn. It’s been a bestseller for several yonks. This particular small tome is not a genuine translation as such. I’ve got to be honest with you, I didn’t spend sweated hours pouring over Greek papyri. Rather, I looked at a bunch of English-language translations and paraphrases and then had a shot at retelling it in Kiwi. Check it out, and you’ll find the bloke Jesus turns out to be a very interesting character – much more so in fact than some of his subsequent salespeople have turned out to be. Don’t hold that against them, he is a hard act to follow, and anyhow God doesn’t actually expect us to be quite as good as Jesus was. God’s seen enough of us over the years to see that we do a fair amount of stuffing up along the road. And yet we get given another shot at it, good eh? That’s what Jesus is all about.